HeathRow was born on April 20th, 1984, in central Texas, but raised in southern Oklahoma. Brought up on rock n' roll, he was drawn to music at an early age and meddled with a few instruments before settling on the guitar at age 14. Film and literature were a huge influence early on as well, which inspired many songs, drawing from a library of horror movies and his own surroundings. For years he honed his guitar skills with a range of influences from country to death metal. Many days of grinding away in the workshop and songs began to piece together. By age 20, Heath began what would become, From the Grave, cutting his teeth in Texas honky-tonks and various saloons of Oklahoma.

Playing in a few different groups with different genres (country, blues, covers, etc.) he spent time experimenting in the studio and stacking notebooks of poetry while traveling the U.S. In 2011, he wrote, recorded, played all instruments (except drums) and produced his first concept record, dealing with life after the death of the closest love and the untimely outcome to follow. In May 2013, "The Mausoleum" was released worldwide; since then, From the Grave has taken their high-energy rock n' roll shows all over and blended in haunting riffs with celestial grooves on their latest offering, "Indian Burial Ground".

Heath currently has two albums and one EP completed with his hard rock group From the Grave and is working on releasing his first solo album. Besides touring and recording with From the Grave, HeathRow has been traveling and playing acoustic shows across Oklahoma and Texas. HeathRow has played all across the United States, from as far as Juneau, Alaska, and Seattle, Washington to Hot Springs, Arkansas, and New Orleans, Louisiana. When HeathRow is not playing his acoustic sets, he can be found playing with his band of Shadows. HeathRow & the Shadows are cult country rock-n-rollers who enjoy summoning their own brand of southern blues. HeathRow's acoustic sets include original writing, outlaw country covers, and his favorites from the 60s/70s. Currently, HeathRow is working on his first full Shadows record called "Another 48 Hours in Atoka". Due to see the light of day this 2022

I come from a family of music lovers, so all the first bands my parents let me listen to, 70s & 80s Rock mostly, were all very influential on me and still are in my weekly playlist today. ZZ top, Jimi Hendrix, Robin Trower, Kansas, Peter Frampton, Alice Cooper, KISS, Led Zeppelin, Ozzy & Black Sabbath, but I think it was when I first saw AC/DC's Angus Young with that black SG I knew then I'd be a guitar player and I had to have That exact guitar. My Uncle is an incredible guitarist and definitely had a positive influence on me as a kid. He was a bit intimidating at first, but because of him, I thought outside the box from the very beginning. I have always picked up my guitar to write a song, something usually that I'm feeling at that particular time. He also taught me early on about tone, using amps in stereo, different tunings, what pedals to use, tube amps, and tricks of the trade, all the dos & do-nots of playing live, way before it was my stage time. Some of those simple tricks he first showed me are the most invaluable when it comes to being consistent now.

Do not settle for "the best you can find." Search high & low for like-minded individuals that love music for the music, not for the show business. Then you will find a fellow musician, that's how you will find your circle.

A hobbyist will never grasp what drives an artist, so Don't fret or lose sleep over a bandmate that doesn't want to be there. Accept it, seek on, and understand the world needs the weekend warriors with their cover/tribute bands just as much as original records; it's nothing personal or even worth explaining; go find musicians who want to contribute to the same vision for the same reason.

I'm a Writer, so I think that will always drive me, and looking back, it's what always really has. I don't go out of my way to listen to music that doesn't have a message. I do have a few instrumental bands I love, but they are few and far between, it seems.

Always being a singer/guitarist, I've learned to keep it simple, as much as possible live especially. But one of my hobbies is collecting analog effects and restoring old tube amps, so the desert island question is a deep thinker. I'd have to go with my signature LANG Overdrive/CleanBoost + a Strymon Timeline + a Outlaw "iron horse" Tuner for obvious reasons and to power the two pedals with clean power for backup!

Practice! & Practice more! Especially before band rehearsal, even if it's just a couple of hours, it helps me get in that zone to open those creative doors. That helps me with any musical rut or physical ailment that may be holding me back on a hard day.

A writing rut is the exact opposite for me. I've found inspiration to get out of a rut, so far through nature. In our cabin or around the fire at deer camp, from the mountains of New Mexico to Glacier Bay, Alaska. For me, that's where inspiration lies. You won't find it sitting on your ass running scales for 12 hours a day; I found the good stuff you have to seek out.

Hard question actually because I do like to keep it eclectic, but ten years ago... I'd have to say Opeth. Discovering them around the Deliverance/Damnation period, just between those two records, I could go on and on, but going back through their catalog, that first month or so, looking back now, it was inspiring to find a band like them at that time. Still, to this day, I can't think of really any band I've heard that had that unique of a sound, especially live. They are still my favorite live band; of all the shows I've seen in my day. I love a band that bases their tour and concert theme around the album they just released. Opeth has certainly carried that torch on in great form. Nowadays, it seems all I do as far as looking forward to listening to music the most is collecting original prints and putting them on a killer stereo with a vinyl player. I like what Amazon music is doing with the Ultra HD masters, but to my ears, we really haven't progressed in quality sound so much over the years. Seems vinyl on a nice stereo with these strange times, which is why I'd have to go backward and choose the Allman Bros.; Duane Allman is my favorite guitarist, hands down. Every record they have, even the ones without Duane & Berry, have a special place on my top shelf. I'd have to go with them, that "Real" they have just never gets old for me.

Whatever comes to mind! That's one thing how I like to feel gear out, I love how an old tube amp will make you play something a certain different way than usual, or a guitar you might not see as special will bring something out of your playing that you just wouldn't normally play if you were comfortable. Those things I feel as special. I'm not the look at me playing Eruption solo" guy in the music store, certainly! I'm usually the guy that shouldn't be in the drum room.

I'd have to go with my AER monte Montgomery Acoustic amp. An incredible & versatile amp with endless possibilities, but the person who gave it to me and how he gave it to me is one of the greatest blessings that has come with this life. Certainly, something I use all the time, and plan to use on everything I do in the future in some form, it's priceless & a piece of gear I keep close that I see as irreplaceable. Most people would think it'd be a guitar, but it's certainly that amp because of that dude.

Top shelf in-ear monitors! They are pricey but, a game changer in so many ways for me, especially when it comes to rehearsals. 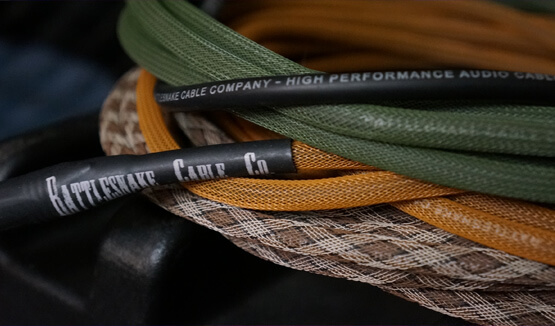 Rattlesnake speaker cables to my Marshall cabs, both loaded with greenback celestians. So far, live its, 2 Snake Weave to the pedalboard, then from there, I like the longest Radar Olive angled snake head to the guitar. The snake head design makes it easy and convenient to find for me, and it hooks in great to the strap. Well made with great designs, but I can actually tell the difference, it seems, compared to the lava cables I was using. Seems the clarity and volume have boosted a level. But that TRS/Mono box you guys sent me, with the copperhead TRS cable thru the Rick-o-Sound is genius. So simple and has served me great recording bass at home. The bass presence I've been looking for! It's great finding a company you believe in, but I absolutely can't wait to use it on the next album! Salute!

Joe M.
5/25/2022
I love my Rattlesnake cable! I bought one in light purple and it looks fabulous. Very beefy, high-quality product with really well donee terminations/shrink wrap on the Neutrik nickel connectors - one straight and the other 90 degrees. I highly recommend these cables. The company makes it easy to... Read

Melissa Baldwin
12/26/2022
Bought the wrong cables for Christmas. Hank emailed Christmas night and had the new cable purchased by 9:00 am December 26th. I wish I needed a thousand cables, that is how much I appreciate the customer service I was given. 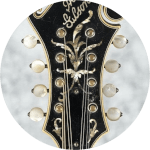 Joe M.
5/25/2022
I love my Rattlesnake cable! I bought one in light purple and it looks fabulous. Very beefy, high-quality product with really well donee terminations/shrink wrap on the Neutrik nickel connectors - one straight and the other 90 degrees. I highly recommend these cables. The company makes it easy to order the exact configuration you need.
Close

Melissa Baldwin
12/26/2022
Bought the wrong cables for Christmas. Hank emailed Christmas night and had the new cable purchased by 9:00 am December 26th. I wish I needed a thousand cables, that is how much I appreciate the customer service I was given.
Close 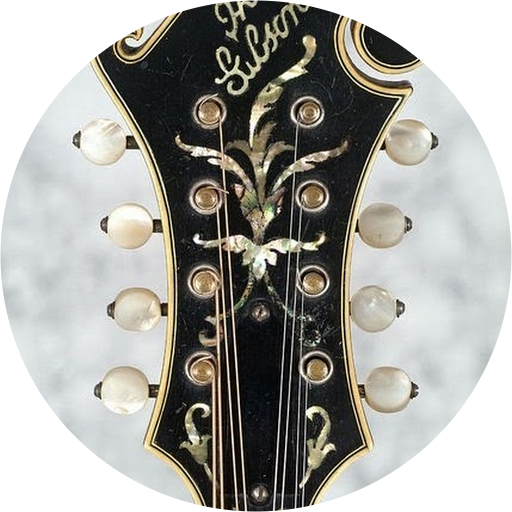