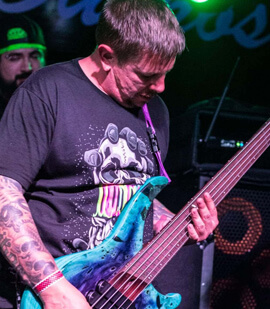 Hey everyone, I'm Mike, I play bass for the rap/metal or "trap metal" band Mettal Maffia out of Youngstown, OH. I started playing bass when I was about 14/15 years old. I started out playing some System of a Down, Blink 182, The Offspring , Nirvana and everything in between. I stopped playing for a little while when I joined the United States Marine Corps but soon picked it back up after I got out. I enjoy what I do. I enjoy music, it has always been a passion of mine as it is to many others. I have a family with 2 daughters, we have 3 dogs, a cat and plenty of fish haha. A lot of people don't know this about me but we do keep fish, mostly African Cichlids. It's a hobby of mine, that I have grown to love. Nothing like relaxing on the couch watching the colorful fish swim around, or eat dinner with the family being able to look at another fish tank. It sooths me, it's my place to be able to relax and put everything else aside.

I linked up with Mettal Maffia about a year and a half ago. The vocalist Bob and I have played together in the past but never in the same band. He asked if I wanted to join to cover a tour because their bassist at the time wasn't able to do it but the tour never happened due to Covid. I did step in as the full time bass player and I'm glad I did. Since then we have had the pleasure of recording with Sahaj Ticotin from RA at Sweetwater Studios which on it's own was an amazing experience. I've learned so many new things in the course of the time I've been with this band as we continue to grow as artists and as humans. My bass of choice right now are definitely the Dingwall basses, there is nothing like them. I use Payson and DR Strings.

I wanted to come here and tell a little bit of my story so here it is.

So basically, when I was in high school a couple of buddies had guitars and drums but no one had a bass so I figured why not. I talked my parents into getting me this Squier and a little Peavy combo amp I believe. I was terrible hahah I had no idea what I was doing or how to really play. My buddy Brent was taking guitar lessons so I ended up linking up with his teacher and started taking classes myself then I progressed from there. I think the first song I actually learned was "Smells like teen spirit" by Nirvana which to this day I still enjoy playing in my spare time, it's just something simple and fun for me.

Practice Practice Practice!!! I always like to play in my free time but practicing is key. Take the time and learn your scales, learn your fretboard. As stated before I did take classes but after a little bit of time I was wanting to learn songs so I started bringing my instructor tabs and that's basically what we did until finally I didn't take classes anymore. I'm 34 now, I did learn the fretboard and I have a book of different scales that I like to play.

Honestly our guitar player JB and our vocalist Bob. They will randomly send me songs that they are working on or have ideas for so I'll sit and listen to them over and over until I get the notes. It all comes together when we get in the same room and man it feels good. It's always something cool and new whether it's a slower more relaxed so or it'll be full blow in your face, I love it.

The fans also!! Big time!! I love getting to interact with the fans, take pictures, get to meet new people.

The drop shifter and the Darkglass Photon simply because I've personally never used them and we'll, I'm on a deserted island so I have nothing but time to make an incredible sound.

The Tech 21 sansamp bass driver because I just love that little thing. I use one at home on my practice rig when I don't have my live gear and your can make anything sound amazing with that little guy.

Hard question. I think what works best for me is to just stop what I'm doing and listen to some music. There's so many ideas you can get from listening to others. Sometimes I'll go to the band and simple say "hey I'm stuck" and they'll throw some ideas at me.

Sometimes I'll just get on the internet and listen to some of Nolly Getgood's riffs because he's just amazing.

Oh that's a hard one. Ten years ago I would probably have to say Asking Alexandria. It was around 2010/2011 when I first got into them. They were hard, they were brutal but at the same time the singing and the cleans were amazing as well. I like when you can mix screaming with clean vocals. Although they are different vocalists they are both amazing.

Now I would definitely have to say Wage War for sure. Their new album just blew me away basically for the same reasons. The cleans, the heavy parts. I heard "Low" a couple years ago and new I had a new band to listen to. I love their leads. They are a band that I need to see live. I just can't get enough of them.

Hahahahah every single time it's one of our songs "Wake the World." It's my favorite song to play live. It has a little bit of everything in it which is why I love playing it.

Other than that just some random solo kind of stuff to see how the high end sounds and then of course some heavy chugging.

You guys really like hard questions don't ya hahaha. Numer one would definitely be my new custom Dingwall Afterburner. Swamp ash body with a buckeye burl top with a purple turquoise reverse burst. I had luminlay side dots put on it and the "D" glows as well and of course the Darkglass tone capsule. It's really versatile with it's sound, it has a big punch with the low end and nice and tight on the high end. Number two would definitely be my Tech 21 Sansamp.

I would say the Darkglass Photon. Although since I got my custom bass I'm not saving for anything but that would definitely be my next thought on a new piece of gear. 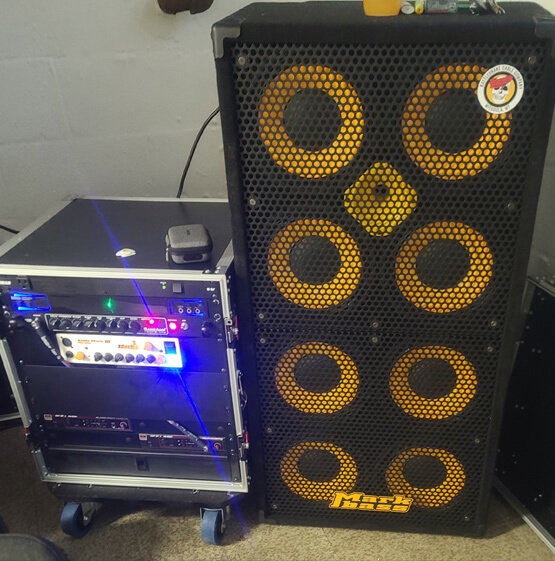 The flex patch cables connects the tuner to the Sansamp, the Sansamp to the Markbass head, then speaker cables for, well, ya know....the speakers.

I like them because they can be customized. My band likes green a lot so my speaker cable is lime green and it's pretty sweet because it'll glow on stage with all the lights. I like how you can get custom lengths. I LOVE that they're made in the USA. The durability is amazing and of course you can't beat the lifetime warranty. 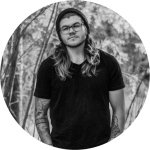 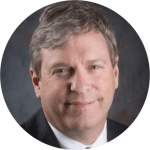 Peter Mayer
9/7/2020
I bought my first Rattlesnake Cable just after they opened and I was blown away by the quality of the build and the innovative design. I now use Rattlesnake cables almost exclusively and have gifted cables to my band mates. Rattlesnake Cables are simply the finest instrument cables made today. Hank... Read 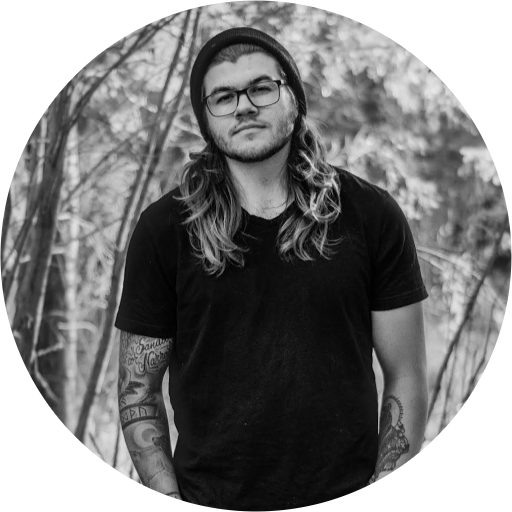 Matthew Grayson
9/7/2020
Rattlesnake Cable Company is a premiere example of excellence in product quality and business. If you were to ask me what brands best represent the audio industry from here in Montana, Rattlesnake Cable Company would be one of the first to mind. Rattlesnake Cables define cable quality. Prior to using them, the difference between "any old cable" and a "nice" cable was negligible to me, but now I cannot go back to just "any old cable." Rattlesnake cables will hold their own in audio quality, durability, AND asthetic when compared side by side with any high end cable on the market.
Close 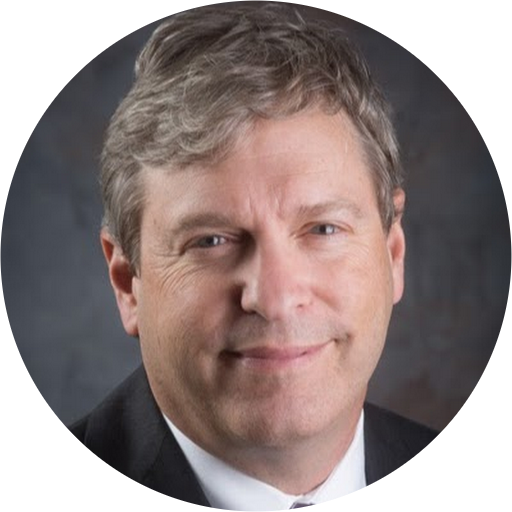 Peter Mayer
9/7/2020
I bought my first Rattlesnake Cable just after they opened and I was blown away by the quality of the build and the innovative design. I now use Rattlesnake cables almost exclusively and have gifted cables to my band mates. Rattlesnake Cables are simply the finest instrument cables made today. Hank and his team know about tone and they are out to help their customers achieve the sound they are seeking - whatever it might be.
Close 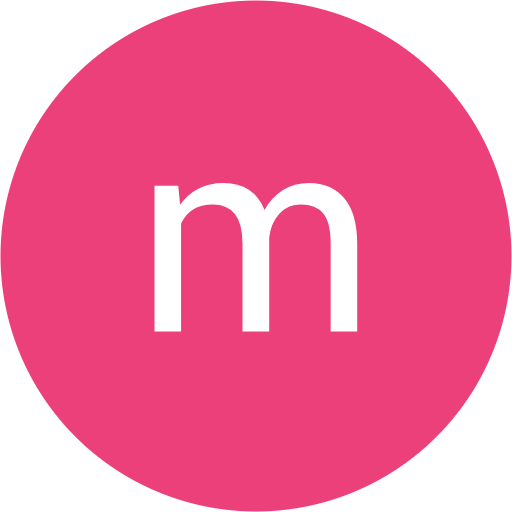