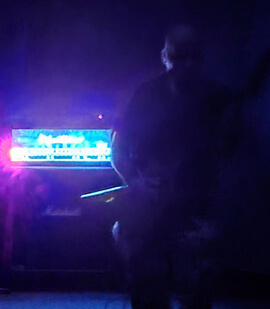 Born in Montreal, QC, Canada, and moved to Kansas City, KS, in 2007. I first started Dying Dawn in 1999, a Death / Black metal project in which I was a Guitarist and vocalist till 2001 when we disbanded. Then a few years later, 3 out of 4 members re-united to form the black metal band; Spirit Of Vengeance, which lasted maybe two years. I took an extended hiatus which, at the time, I was considering it as a retirement due to some injuries and personal reasons ( big mistake there ).

Fast forward to recent years, my wife bought me a Jackson Warrior, which made me restart playing and explore a whole different genre of music I never thought I'd be playing. Then the guitar collection grew, then the pedals. In 2018 I revived the Dying Dawn name, this time, we are a trio and play instrumental post-metal, post-rock... Quite frankly, I can't really put my finger on the musical genre. And I am also slowly working on an ambient guitar project called Sandstone.

This pretty much sums up my curriculum

In 1990, Megadeth released the iconic Rust in Peace album. Dave Mustaine actually inspired me twice. The first time with the release of this album, the second time when he recovered from an arm injury. So I have put myself to work on the guitar despite my wrists rated 75% disabled. (I broke the right one twice and the left once ).

As for musical genres, Chuck Schuldiner ( Death ) was my introduction to death metal and extreme metal genres. Then a Norwegian band called The 3rd and the Mortal introduced me to the ambient and experimental music with their album, painting on Glass

Don't do drugs LOL ( not really joking about this, though ). I'd say you don't give up no matter the life events obstacle can get in the way. Also, use that state of mind (you can guess what it is) to inspire you in your compositions. One more thing, don't pawn that Boss Metal Zone; you'll end up buying another one later anyway. LOL

Knowing I can jam 24/7 without any noise complaints. Also that a lot of time, I improvise stuff that quickly becomes a new song. I am fully aware that I am not re-inventing the wheel musically but kind of adding a personal touch. Every practice and band sessions are therapy for me

As much as I like distortion/overdrive tones, I'd go with Strymon NightSky and El Capistan, Meris Polymoon. Those three alone and combined can create massive ambiance. For years, I have been focused on the atmosphere of music over the technical stuff. I feel I can compose like 30 albums with those 3

Hm, I think my expeditions in the Utah desert breaks it as I come back inspired even though I wish I never leave this huge sandbox I like to call home. At the studio, I pretty much pick up the guitar and keep playing; sometimes, some mistakes lead to something new, and sometimes just playing with my bass for a while helps. Other than that, listening to music and discovering new bands help too.

Rush is an all-time favorite. 2112 is their masterpiece. Nowadays, I listen a lot to Nordsind, BMFS (I had to go with the abbreviation on this one), Show Me a Dinosaur, Trna, and many MANY post-rock / post-metal bands. Most of them are instrumental and appeal to me more as the music itself leaves place to a personal interpretation of the story or "spiritually" takes you on a journey to wherever it is. Imagination is a strong thing

Whatever comes to mind. Quite frankly, it's extremely rare I play when people are around. I don't know why; it kinda feels like I'm writing a diary or something. And I know that music is meant to be shared with whoever digs the work. I need to work on it

My BC Rich Beast along with my Marshall JCM 2000 and 1960A Lead cab, no questions!! They are what I consider the last gift my dad ever got for me. Bought them back in 2002 and still have them to this day. I have to admit that the Beast is extremely uncomfortable, and the neck, like any other BCR feels too much like a baseball bat. My JCM is still in service even though I jumped ship to Hughes & Kettner.

A third LEF Custom guitar. I just can't get enough of Luis's work on his builds. Also, the Hughes & Kettner Triamp MKIII would be nice, but that would be the kind of investment I would put on if I was in a touring band or make a living on music which I know won't happen... A man can dream, though 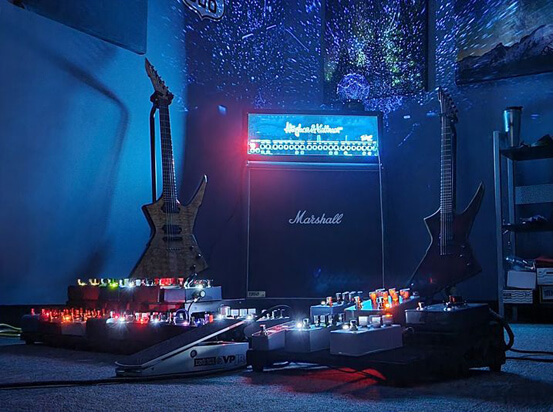 The signal path is too much for me to type LOL

READ ANOTHER TESTIMONIAL
See what people are saying about Rattlesnake! Over 1000 testimonials and growing!
Read All Testimonials

Eric Philbrick
3/21/2022
Eric P. - The most Professional and efficient shopping experience I've ever had. The quality of the cables is second to none! The way in which they are packaged with such attention to detail, using unique materials, I knew before I even held the cable that it was premier quality.

Chris Collins
6/14/2021
Simply the best. Finest quality product at a non-premium price and direct customer service from the owner of the company. Business the way it should be done. Apple, Google and AT&T take note. 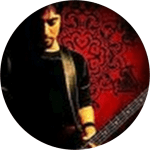 Steven Walker
2/14/2021
Rattlesnake cables are truly second to none! Not only are they beautiful, hand crafted in the USA, out of the finest materials available... but Hank and his team provide the highest quality customer service to boot! Seriously, these guys have it dialed. I have several Rattlesnake cables in my chain,... Read

Eric Philbrick
3/21/2022
Eric P. - The most Professional and efficient shopping experience I've ever had. The quality of the cables is second to none! The way in which they are packaged with such attention to detail, using unique materials, I knew before I even held the cable that it was premier quality.
Close

Chris Collins
6/14/2021
Simply the best. Finest quality product at a non-premium price and direct customer service from the owner of the company. Business the way it should be done. Apple, Google and AT&T take note.
Close 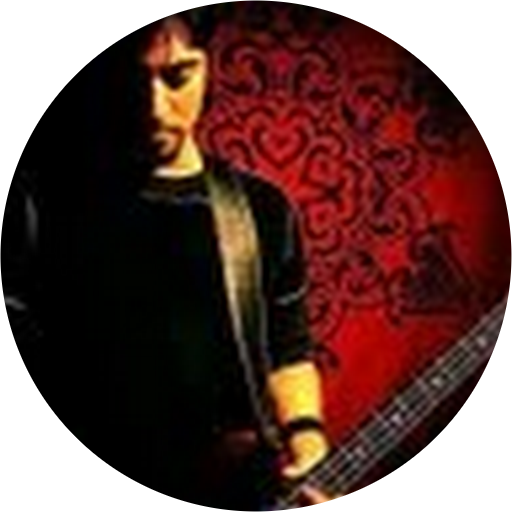 Steven Walker
2/14/2021
Rattlesnake cables are truly second to none! Not only are they beautiful, hand crafted in the USA, out of the finest materials available... but Hank and his team provide the highest quality customer service to boot! Seriously, these guys have it dialed. I have several Rattlesnake cables in my chain, and I will always come back for more when the need arises. Hank provides the gold standard for how to treat customers. Quality is outstanding, shipping was lightning fast, and the personal touches like a custom thank you video and note pad are what pushes them over the top! If only every business went the extra mile like Rattlesnake cables... Top notch all the way!
Close
Need a coupon?