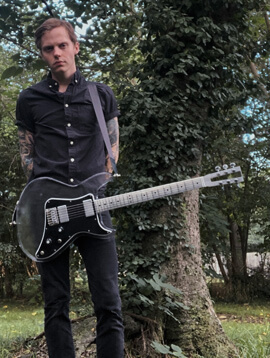 My name is Riley Haynie, originally from Billings, MT. I got started playing music (Guitar) at the age of 11 jamming Black Sabbath and Green Day songs in the basement of a drummer friends house. Began playing live shortly after that. After my high school stint and a few years in a Metalcore band, I joined an already established Rock/ Metalcore band Called Righteous Vendetta and toured with them rigorously for 7 years.

In the middle of that, began crafting my own projects, A Hardcore band called Deathwish and singer-songwriter music released under my own name. After the shutdown of 2020 and live music coming to a halt. I moved from Billings to Nashville, TN where I currently live and work setting up Guitars, as well as write and perform music.

Being the youngest of 4 siblings and by far the least athletic or "cool" in school. I was drawn to punk rock. Like most people my age, seeing bands like Green Day and Nirvana piqued my interest originally. So Kurt Cobain and Billie Joe Armstrong were to first I was where I thought " That's what I want to do".

Definitely to focus more on songwriting instead of "shredding". Flashy guitar playing can be cool but it is useless if the song sucks.

For me, it is all about playing live. Recording stresses me out, but once I get in front of an audience.

None of that matters, it is all about entertaining the people who paid to see you make noise with a guitar.

Benson Preamp:
Like it says on the Tin, it just sounds like an extremely high fidelity extension of your amplifier. It complements the characteristics of the amp you put it in front of, as well as imparting a very natural dose of harmonics and drive that doesn't sound like a pedal.

A fuzz of some kind:
Right now I'm on a Huge Big Muff kick and I am hunting for the perfect one. I simply need a box to play some Matt Pike riffs through and a Big Muff fits that bill very nicely.

Fairfield Meet Maude Delay:
I recently stepped away from super complex delay pedals. Previously running a Strymon Timeline. I've grown to prefer the dark and organic nature of a simple analog delay and the Fairfield is perfect. Moody and full of modulation and character. No tap tempo is needed.

When I am in a rut, I try to give myself some sort of limitation. I believe that limits force creativity in many ways. Also, taking influence from things you wouldn't normally listen to. There are great ideas in every corner of the music world.

It is near impossible to pick one but, currently, Deafheaven. Their newest record "Infinite Granite" has been on repeat nonstop for me since it was released.

10 years ago, all I cared about were the Warped Tour scene of bands, such as The Devil Wears Prada, The Chariot, and Hawthorn Heights to name a few.

I think as I've grown up, I've learned to be a more patient music listener. I can appreciate subtlety and nuance more than I ever could when I was a teenager

Depends on the gear or here is around, to be honest. I have horrible music store stage fright. But I generally keep things pretty tame, unless I'm trying out a fuzz, with which I give my best Sleep Impression.

It has to be my Custom EGC. I met Kevin Burkette shortly before I received the guitar. It's just cool to know that an instrument was destined to belong to you from the second the machines were fired up to build it, and Kevin's build quality is second to none.

I tend to be a bit impulsive with gear, but I'd love to have an original 70's Travis Bean at some point. I would be perfectly happy with one of Kevin's TB builds as well. 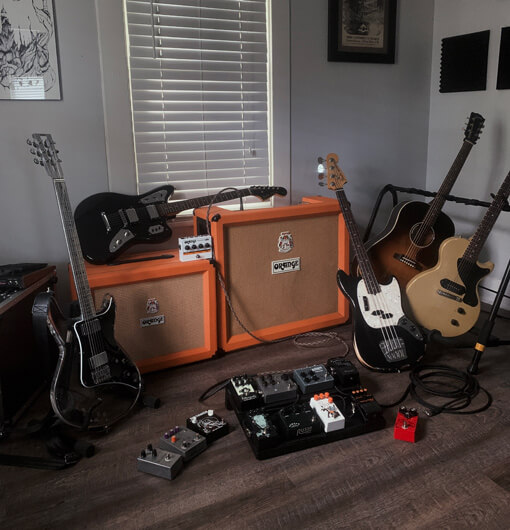 Pedals admittedly change very regularly. However, I have come across a few mainstays lately.

Rattlesnake Cables in and out of the board. These changed me for the better. Increased signal integrity and durability. I've got my first Rattlesnake cable with over 500+ shows under its belt and it is still going strong. Got me to move away from a wireless system.

READ ANOTHER TESTIMONIAL
See what people are saying about Rattlesnake! Over 700 testimonials and growing!
Read All Testimonials 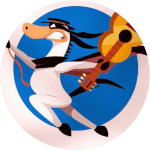 Aaron Jennings
8/29/2020
I have been using Rattlesnake cables for every part of my signal chain for over two years. I abuse my cables and have used them for well over 100 shows with no problems. Rugged, Beautiful, and Reliable. 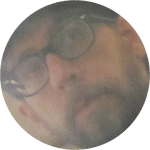 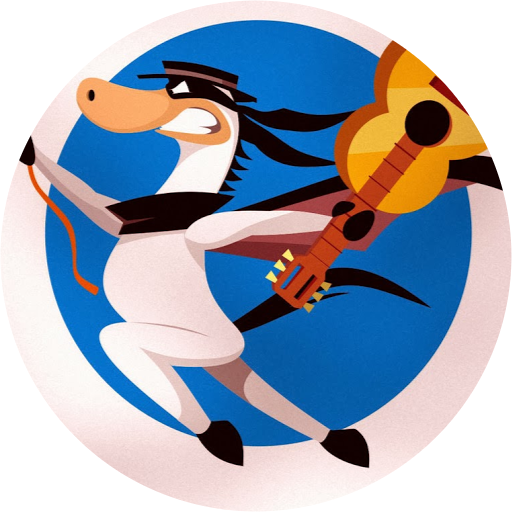 Aaron Jennings
8/29/2020
I have been using Rattlesnake cables for every part of my signal chain for over two years. I abuse my cables and have used them for well over 100 shows with no problems. Rugged, Beautiful, and Reliable.
Close 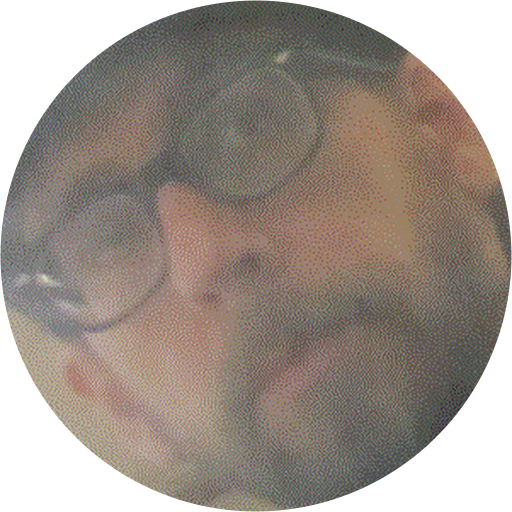