Purcell can be heard on nearly 40 recordings, including Chip McNeill's The Whirl, Steve Fidyk's Heads Up! and Allied Forces, Alan Baylock Jazz Orchestra's Prime Time, featuring Doc Severinsen, Darden Purcell's Easy Living and Where the Blue Begins, The Capitol Bones' The Beat Goes On, Ben Patterson's Push the Limits, and Ben Patterson Jazz Orchestra's Vital Frequencies featuring Chris Potter. Symmetricity, Purcell's first recording as a leader, was released in 2019 on Armored Records. As a leader and sideman, stay tuned for new releases from The String Queens, The Capitol Bones, Mike Tomaro Big Band, The Ben Patterson Group, The Way of the Groove (Origin Records), and Shawn Purcell 180, Purcell's 2nd release as a leader and debut release on Origin Records.

Purcell has spent over 18 years as a member of the military big bands in Washington, DC. From 1996-2004, Purcell was the guitarist in the US Air Force jazz ensemble, The Airmen of Note. During his time with "The Note," Purcell performed throughout the world, including England, Germany, Turkey, Luxembourg, The Azores, Belgium, Oman, Qatar, United Arab Emirates, Italy, Kuwait, and Bahrain. He is currently the guitarist with the Washington DC-based US Navy Band "Commodores" jazz ensemble.

As an educator, Purcell currently serves as an adjunct professor of jazz guitar and jazz arranging at George Mason University. He has served on the jazz faculty at Towson University, and Middle Tennessee State University and was a Visiting Lecturer in Jazz Studies at Indiana University, Bloomington, under the direction of David Baker. He has led master classes at major universities throughout the country. He has served on the faculty for The National Jazz Workshop, Maryland Summer Jazz Camp, and The National Guitar Workshop. Purcell has also penned educational articles for Jazz Guitar Life, Premier Guitar, and DownBeat Magazine. Purcell earned a BS from Duquesne University, an MA in Music from Middle Tennessee State University, and a Doctor of Musical Arts in Jazz Performance from the University of Illinois at Urbana-Champaign.

Although I play jazz for a living, the guitarists that really inspired me as a younger player were rock legends like Jimmy Page, Angus Young, Randy Rhoads, Eddie Van Halen, Steve Vai, Yngwie Malmsteen, Warren Dimartini! These were the players that started my love for the guitar! When I started really focusing on jazz, the most inspirational players were (and still are) Pat Martino, Pat Metheny, John Scofield, Mike Stern, Allan Holdsworth, Doug Raney, Jimmy Raney, Wes Montgomery, and Grant Green.

This is all I've ever done, and I can't imagine doing anything else in life! I think the desire to continue to improve is what keeps me going. Getting to play with really heavyweight musicians also keeps me excited!

REVERB! I am definitely a reverb-aholic, so that would have to be on the board; no question! My favorites are Strymon Blue Sky and TC Electronics Nova-Reverb.

Fulltone Fulldrive 2 (1oth Anniversary) I use overdrive quite a bit, and this particular pedal always delivers no matter what the situation.

GREAT question! I listen to so many different artists that this is a hard one to answer. My favorites are constantly changing, so I honestly can't answer this one :-)

Unfortunately, I don't have as much time to frequent/hang in music stores, although I used to A LOT! I don't really have a specific go-to riff. Nowadays, I only go when I have something specific I want to try out. Rather than a riff, I just play each instrument the way I would play on a gig. I'm looking for a guitar that plays well and speaks tonally all over the range of the instrument. There are so many aspects of an instrument you can update (Pickups, bridges, electronics, etc.) that if it plays and feels great, the rest will fall into place!

My 2020 Benedetto Pat Martino Signature Guitar. It's the guitar I play for 99% of what I do. It's definitely the best instrument I've ever played/owned! The craftsmanship is second to none, and I'm proud to be a Benedetto Performing Artist as well!

I'm not really saving for gear at this point. My wife and I (Darden is a wonderful jazz vocalist) save for future recording projects. I just released "180" on Origin Records, and I am already writing music for Darden's next project, which we are scheduled to record in March 2023. 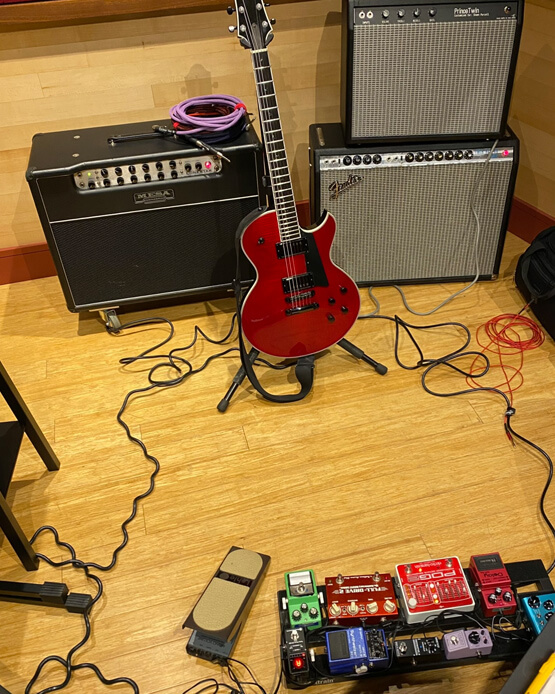 I have 4 Rattlesnake Cables - Purple Weave 15ft. - Midnight Blue 15ft - Oxblood 10ft - Green Snake Weave - 15ft. These are by far the best cables on the market. The weave is beautiful; nothing else like it anywhere! These cables just feel super substantial! The packaging in another level as well! I'm amazed at the overall incredible quality in everything that Rattlesnake makes! 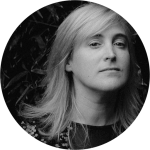 erica strout
10/30/2020
These are the best cables I’ve used, and I love love love the color options! Mine have been going strong for 3 years of touring and no sign of them wearing out or breaking. Thank you!!

Steve Sledge
3/8/2022
I have been dealing with Hank and the rattlesnake team for 6 yrs, the products are top notch tools every instrument player serious about their tone should have! I have ordered two 15 foot instrument cables in custom blue as well as a matching speaker cable. The quality is outstanding my 6 yr old... Read

Justin Tucker
8/29/2022
I have been so impressed with Hank and the Rattlesnake Cable Company. Not only with the absolutely amazing quality with their products (which are truly really amazing), but with the customer service. You will not find better customer service in the music business, or any other business for that... Read

erica strout
10/30/2020
These are the best cables I’ve used, and I love love love the color options! Mine have been going strong for 3 years of touring and no sign of them wearing out or breaking. Thank you!!
Close

Steve Sledge
3/8/2022
I have been dealing with Hank and the rattlesnake team for 6 yrs, the products are top notch tools every instrument player serious about their tone should have! I have ordered two 15 foot instrument cables in custom blue as well as a matching speaker cable. The quality is outstanding my 6 yr old cable still works and looks as good as it did the day it arrived. Customer service as it should be! You have questions? Ask they will provide with the answers you seek. I also just recently purchased some of their 3’ patch cables for a new board I am building. As long as this musician is in need of cables , Rattlesnake will be my goto builder it said cables. The prices are more than reasonable for the high quality product Hank is producing. Noiseless, consistent & most important no tone sucking. They look good, they sound better and as musicians we all know when you sound better you play better. Thanks to Hank and the crew at rattlesnake cables in MT. Play it loud I do Steve
Close

Justin Tucker
8/29/2022
I have been so impressed with Hank and the Rattlesnake Cable Company. Not only with the absolutely amazing quality with their products (which are truly really amazing), but with the customer service. You will not find better customer service in the music business, or any other business for that matter. There are cable companies out there that make great cables but I guarantee you won't find a better product than anything RCC makes and you for sure won't find better customer service anywhere. After purchasing a TRS splitter and TRS cable from them I am a customer for life. Any cable I need in the future will FOR SURE be a Rattlesnake. But what truly made me appreciate them was when I enquired about a solution to an odd speaker cable need, instead of giving me an answer that could have easily sold me another Rattlesnake cable Hank gave me the advice to not introduce another cable into the chain and stick with my initial solution. That was what really made me know that not only do they make super solid boutique quality products but they are a company that stands on honesty and hard work and puts the customers needs before their own. Hank, you are a true gentleman and you have earned a customer for life. Thank you sir
Close
X